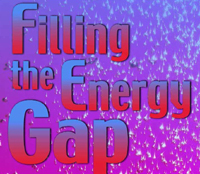 In September 2001, the late Mark Urban wrote passionately about the value of making watershapes as energy efficient and resource conscious as they could possibly be.  Ten years later, his words are as insightful as they ever were:

Everyone is concerned these days about electricity, gasoline and natural gas and all other forms of energy.  What is amazing is that, despite this surge in interest, very few people have considered  ways in which swimming pools can be built to reduce the energy required to heat them – and by substantial amounts.

[T]he entire watershaping industry has overlooked the most obvious challenge to energy efficiency of a swimming pool:  This gross and egregious offender is the huge mass of cold water itself and the ways in which the pool industry has traditionally chosen to heat it.  It shouldn’t be this way, if only because it wastes an incomprehensible amount of clients’ money.  Indeed, I believe the watershaping trades are missing a great opportunity not only to increase heating efficiency dramatically, but also to use the pool itself as a way to save and, in fact, store energy.

Common sense recognizes that heat rises.  The upstairs rooms in our homes are warmer than the downstairs rooms; the tops of our rooms are warmer than their bottoms; hot-air balloons float because hot air is lighter than cold air – it’s physics at the most basic level.  But this means that the conventional swimming pool is upside-down for heating with respect to the basic physical phenomenon of rising heat – that is, pool heating should be done from the bottom up and not the top down.

It made no sense to me to remove the coldest water from the pool’s bottom, heat it – and then compound this mistake by spreading the heated water across the large surface area at the top, where the added heat would dissipate, lost to the air above.

The waste of energy is both staggering and foolish, and the pool industry as a whole has basically ignored this inefficiency for decades – with some exceptions.  When confronted by the facts, some argue falsely that it’s “a good idea” to heat water at the top:  They ask, “Why heat water in the deepest parts of a pool when, after all, people swim at the top?”

I was raised and have lived in cold-weather cities – Cleveland, Pittsburgh, Chicago and St. Louis.  As anyone from places like these knows, one insulates most things to prevent heat loss in cold weather, especially during winter.

Th[e] idea of thermally insulating anything that should retain its heat is both practical and universally accepted.  Why not think the same way about swimming pools?  Why not insulate all of the plumbing?  Why not insulate the shell itself?  If we can increase heating efficiency by reversing the flow, why not maximize heat retention by noting the fact that pool construction is placing a thermally transparent barrier between the warm water and the cold surrounding ground?

Insulation for plumbing is inexpensive and effective and should be used on any heated pool or spa as a minimum attempt at minimizing heat loss.  Insulating concrete shells is a different matter, but in my opinion and experience it can (and should!) be done.

I have been disappointed that commonsense ideas such as reversing the flow and puncture-proof, waterproof, thermal insulation of pool systems have never gained much support among pool designers and builders, although the end user and owner might readily understand and invest (not spend!) the money required to incorporate these ideas into a purchase if the concepts were suitably explained and offered.

Home insulation today is a standard, something a prospective homeowner expects and assumes as part of the cost of ownership.  And the motivation?  Increased comfort combined with reduced utility bills.  With swimming pools, the industry is building them the way our anscestors did, as though a century of progress in building technology and understanding of the physics of heating had never been learned or adopted.

Pool contractors have told me for years that they just don’t think their clients are interested in energy efficiency, but my suspicion is that contractors are really afraid of raising the issue of pool heating because it might cause the loss of a sale.

With the growing “saving not wasting energy” awareness of consumers, isn’t it better that they learn about these available approaches from the designer or builder rather than from the newspaper or television news or, worse yet, from neighbors?

What do you think of what Mark had to say?  Have we finally come around to accepting his core concepts of efficiency and conservation, or do we still have a long way to go?  To register your thoughts on this important question, scroll down.