Around, Over and Under 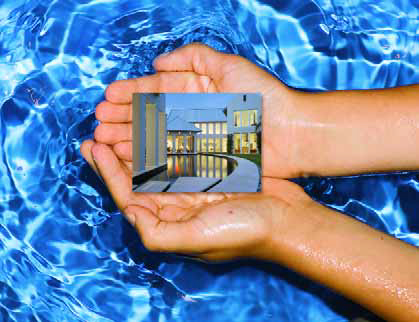 It’s a given that human beings enjoy being near water.  That’s why waterfront property generally comes at a premium and beaches are a favored destination for those who live inland.  Quite frankly, it’s also why the watershaping industry exists:  Even if there isn’t necessarily an overwhelming desire to get wet, the desire for proximity to water is almost universal.

This built-in need to be close to water is, I believe, resulting in an exciting trend that seems to be taking hold and is in some cases redefining the role that water plays in the environment:  More and more often, we designers are being asked to create watershapes that are either integrated into (or immediately adjacent to) interior living spaces.  Across a range of styles, people are finding increasingly innovative ways to put themselves on the water, next to it, over it and even underneath it.

These designs represent a significant departure from the longstanding approach in which pools and other bodies of water have essentially been banished from up-close areas.  Just the opposite is now often the case, with clients wanting to be as close to the water as physically possible.

This trend has resulted in revolutionary creativity in the way we are exploring cantilevered decks, stepping pads over water surfaces, bridges and panels that bring views of water directly into homes.

Personally, I’m thrilled by this concept because it takes the art of watershaping to a place where the water becomes even more a part of my clients’ daily lives.  With these designs, the way I see it is that they will interact with the water far more frequently and enjoy a greater sense of return on their investments.  They don’t just own watershapes and visit them occasionally:  They actually live with them.

At root, I see this as a natural evolutionary step in watershape design.  For a long time, after all, clients have been craving outdoor entertainment areas directly adjacent to their swimming pools.  That’s why Tikki bars and swim-up bars and outdoor kitchens and poolside dining areas have become so popular:  It’s always great fun to entertain or relax near the water’s edge, and clients want more of that experience, not less. 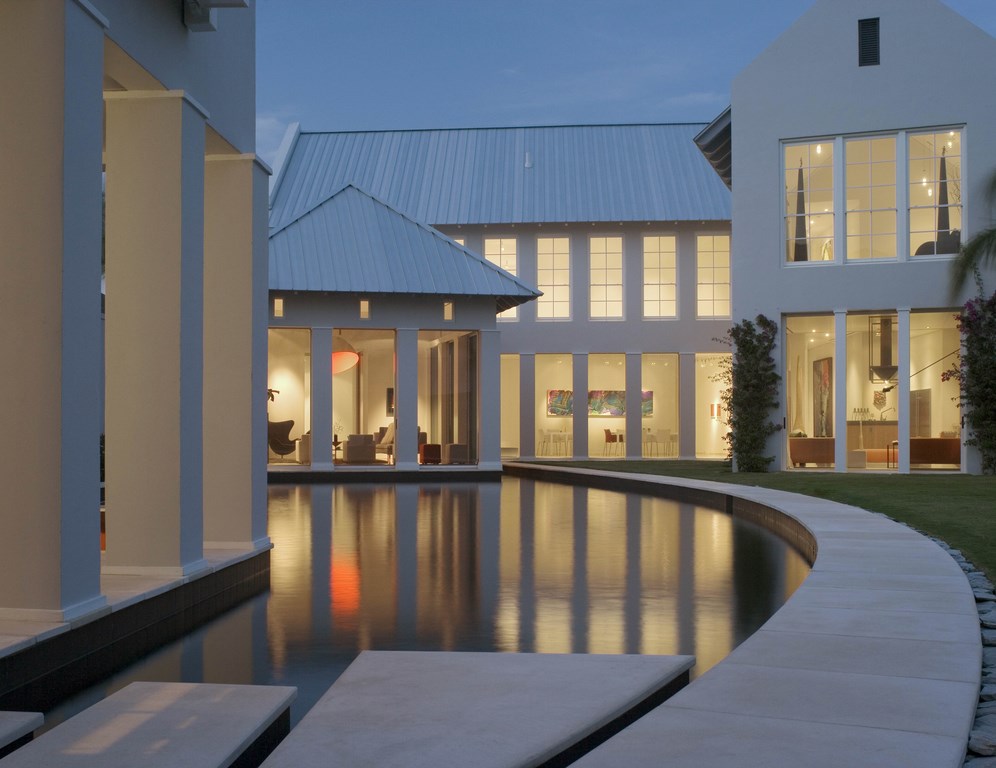 This notion of proximity is something we’ve worked with for a while; the difference now is that water is becoming part of the home’s architecture, bringing the benefits of aquatic adjacency to people even when they’re not outdoors.

I’m always excited when asked to work on projects moving in this general direction.  Through the last several months, in fact, we’ve worked with clients on a number of these watershapes, and in many cases they’ve been among the most beautiful and dynamic designs we’ve ever generated.

The first example I’ll share involves a project we did with Clemens Bruns Schaub Architects & Associates of Vero Beach, Fla.  The project was for the brother of one of the principles:  He wanted to create exterior views where none really existed.

In this case, we designed a watershape that wraps around the house and runs directly alongside two primary living areas.  The floors appear to cantilever over the water, with the outside walls consisting of spectacular floor-to-ceiling windows – and there are pedestals that lead directly across the water (Figure 1, above).  One of the most exciting details of the design is the way the water reflects the home’s crisp architectural lines:  In a sense, the reflections become part of the home itself and magnify its beauty from a variety of angles.

In some respects, this project reminds me of one of the best projects I’ve seen in WaterShapes recently – that is, the pool my friend Juan Roca published in the March 2006 issue (“Floating on Sunshine,” click here).  In that case, he butted shallow water directly against all interior spaces on one side of the house, with bridges and decks extending out over the water.  What I love about this project is the way it virtually eliminates the boundaries between the wet and the dry spaces.

What’s fun about projects like these is that there are various ways to create the close spatial and visual connections.  Recently, for example, I completed a design for a naturalistic, lagoon-style pool (currently under construction) for which the homeowners wanted a dock to extend several feet out over the water’s surface as an adjunct to prime entertaining space inside the home.

In another instance (and in fact one of the first projects I completed using this “extreme proximity” approach), I developed a design for a client who wanted water right next to his bedroom.  The plan included a swimming pool right outside French doors that opened over the pool:  The first step outside was directly into water – again, no visual or physical separation at all.

In yet another, I’m currently developing a design for a home that has a sub-grade playroom.  To “feel” the presence of water, the owners want to install a pool right up against the home and insert an eight-by-eight foot acrylic window (two-thirds submerged) to give everyone who steps into the room a dramatic underwater view.  In this situation, the view of the water will completely define the experience of being in the interior space, and in dramatic fashion. 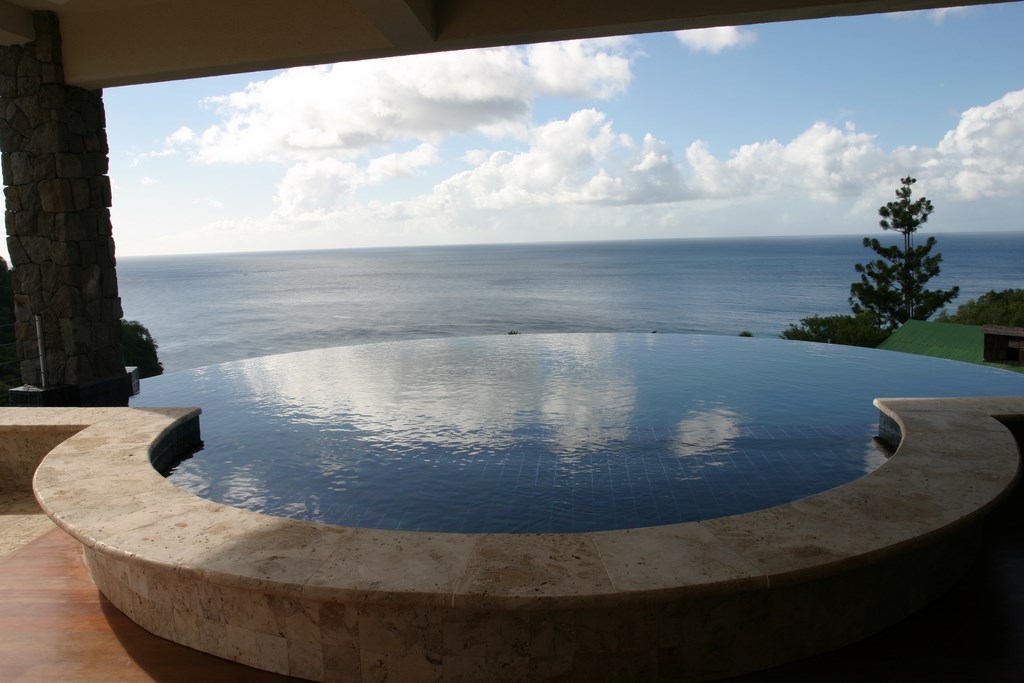 Topping the list of work I’ve seen that follows this pattern is the Jade Mountain resort on St. Lucia.  I recently stayed in one of its 26 terraced rooms, each of which has its own vanishing-edge pool that extends into the room itself.  That side of the room is completely open to the air, and the water’s surface literally bonds the interior space with spectacular ocean views beyond (Figure 2).  It’s an amazing “room,” completely private and romantic but separated in no way from its breathtaking surroundings.

It also bears mentioning that because the water was so close at hand, I found myself dipping into it several times a day.  If, by contrast, I’d had to journey out of my room to swim in some common area, I might never have gotten wet at all.  Although this notion of an indoor/outdoor pool is not new, I’ve never seen it used quite so effectively before.

(Please note:  The editor tells me that WaterShapes will be publishing a special issue on Jade Mountain within the next few months.)

My point in rolling through just these few projects is that there’s no end to the ways water can be tightly integrated with interior spaces.  Another of my favorites is using a shallow lounging area as a transition from the interior to the exterior space (Figure 3, below).  I’ve always loved the way these shallow shelves bridge dry and wet:  They invite people inside a house out and into the water in an easy, comfortable, appealing way.

This proximity, it must be noted, yields an entirely different experience than is the case when a watershape is a separate destination within a landscape.  There’s nothing wrong with that longstanding approach, and there are sites where setting the body of water away from the home is not only the best thing for the setting but is also exactly what the client wants.  All I’m saying is that this new approach gives watershapers a fresh design angle – and one that promises to yield dynamic results.

What this means, of course, is that you need to weigh some of your aesthetic decisions with special care.  Material choices, for example, are even more critical in up-close designs because the home’s occupants and their guests will be looking at their watershapes much more closely and much more frequently.  You also need to consider that what someone sees below the surface of the water will be in almost constant view – almost a component of the home’s interior décor. 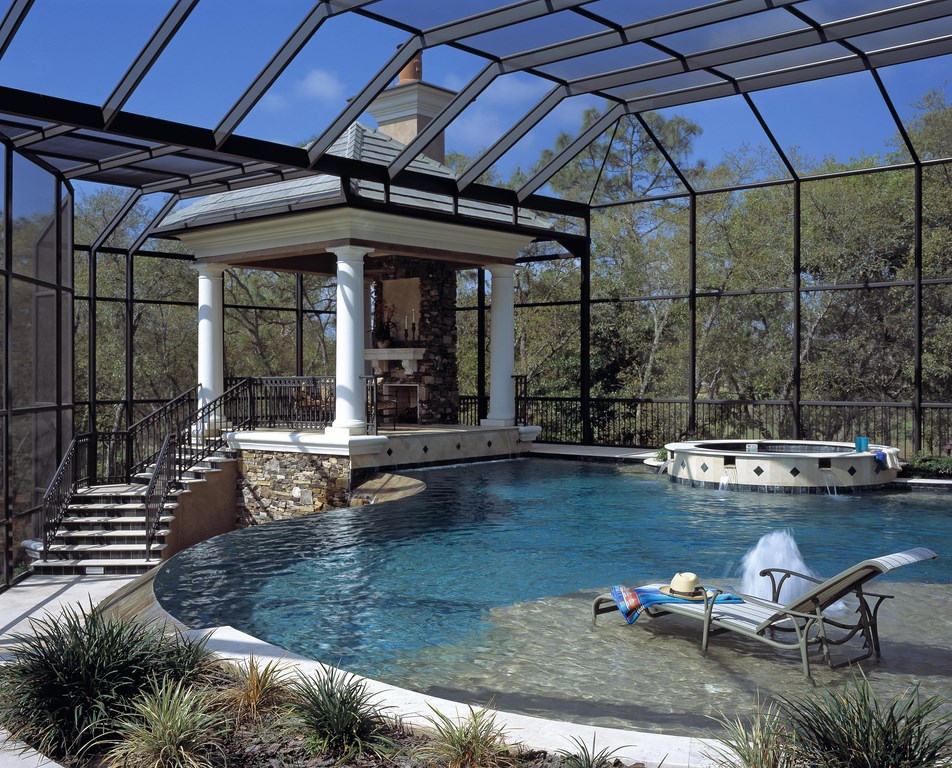 There’s also the fact that many of these designs require unusually close work with a home’s architect, because quite often portions of the watershape will be part of the home’s structure (or will at least appear that way).  It’s not at all unusual, for example, for a pool to share a wall or serve as part of the foundation of the home.  In that technical sense, these projects require hand-in-glove interaction with architects and the engineers who develop their construction details.

And then there’s the fact that water quality is an even greater consideration in up-close projects.  If that pool I mentioned above with the acrylic window ends up with murky water, that dismal appearance will have a major effect on how the homeowners’ children and their friends feel about being in that playroom.  And the same is true of any other job like this, because everyone will be close enough to become keenly aware of the water’s clarity.

Sound is another big factor:  If you put your clients right up there next to the water, the sounds your design makes will typically carry right into the house.  So if you haven’t quite figured out how to suppress the gurgling noises so many inadequately designed slot-overflow systems make, you might want to avoid that potential annoyance and come up with a different approach.

The same consideration holds for any spillway or waterfall or vanishing edge:  You need to anticipate which noises will be heard, how loudly they will be heard, their general direction of travel and the potential your design has to overwhelm the adjacent interior space with noise, however pleasant it may seem.  For similar reasons, how you light these watershapes is another important consideration.

In sum, proximity heightens the importance of every design decision you make, basically because the watershape becomes far more significant in the daily lives of the people who will live right next to it.

At this point, I can’t be sure whether this upswing in demand for up-close watershapes is simply a passing trend or represents the onset of a major and exciting new direction for watershaping.

Time will tell on that, but right now I know that in every case in which we’ve shaped water so that it becomes part of an adjacent living space, the clients almost always say they love it and see the water as a significant point of pride in home ownership.  Often, people who ask for these sorts of treatments have seen similar designs elsewhere and have been captivated by the influence water has when it’s so close:  Having a slice of this particular heaven to themselves is just what the doctor ordered.

Certainly, water used in this way will not be for every client or every space, but even so, it seems a remarkably flexible idea.  For spaces with spectacular views, the water links the interior with the view.  Where this no view, the water then becomes the view and adds a sense of drama to an area that might otherwise be seen as lacking.

With all of this going for the proximity approach, my guess is that this notion is here to stay.

Brian Van Bower runs Aquatic Consultants, a design firm based in Miami, Fla., and is a co-founder of the Genesis 3 Design Group; dedicated to top-of-the-line performance in aquatic design and construction, this organization conducts schools for like-minded pool designers and builders.  He can be reached at This email address is being protected from spambots. You need JavaScript enabled to view it.