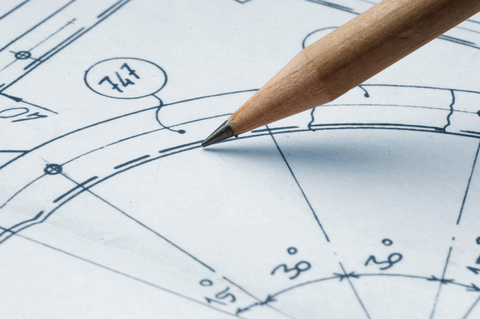 Once you’re as well informed as you can be about the business practices of the companies that might end up designing and installing your swimming pool, the hard work of the decision-making process begins.  It’s time, in other words, to bring a few of your candidate companies in, ask them to look things over and, ultimately, request bids for the work to be done.

A quick heads up:  The prices are going to be all over the map, and that’s because, if you’ve done things the way most homeowners will do, you’ve set up a situation in which you’re comparing apples to oranges, grapes and watermelons – a nice fruit salad, but a horrible mess when it comes to making an important decision about a substantial investment.

So how do you make sense of it all?

The best way to keep things comparable is to obtain what’s known as either a design package or a bid package.  This defines the entire project with schematics of the plumbing, the electrical system, the lighting system and other project generalities.  It will also include illustrations of the minute details that are unique to your project as well as notes on construction and workmanship.

Yes, before you call in any contractors, you should already have called in and selected among designers interested in your project.

As I see it, making this decision about a designer first and negotiating and investing in a good set of plans is the only way to obtain bids that make any sense.  And not only does this carry you to a place where apples are compared to apples, it also carries you beyond having to work with salespeople who are only after commissions and don’t care about particulars that will make the project truly yours.

With a design package – one developed in light of your desires, your lifestyle, your site and the pool’s surroundings – you set a stage and allow all possible contenders to provide you with quotes based upon the same exact set of criteria.  In doing so, you must stand your ground and allow for no substitutions.  You can work in some variables once you’ve made your choice, but for this part of the exercise you can’t give anyone any wiggle room!

Despite the logic of doing so, however, relatively few homeowners approach the design stage as a separate step in the process of obtaining a pool.  In fact, most swimming pools are designed and specified by the abovementioned salespeople – people who have little or no knowledge of structural engineering, hydraulic design, filtration, circulation needs, mechanical systems, water chemistry, control systems or alternative energy supplies.

This knowledge gap is why, when confronted by a complete, detailed set of plans, these salespeople often go into a defensive crouch and start saying things such as “the pipes are way too big,” “this is overkill,” “you don’t need that,” and a stream  of declarations that try to throw off your resolution to stick with the plan as offered.  When you hear such responses, you should probably react by crossing that company’s name off the list.

If, by contrast, the builder knows his or her stuff, he or she will appreciate the soils report, understand the need for structural engineering plans and reviews and be aware of working with a well-informed client who, after all, really just wants to make fair comparisons among prospective contractors.

As important, it lets a pool professional know that his or her work will be checked by engineers and that there won’t be much if any wiggle room involved in how things are to be done.  In a sense, it’s your assurance as a homeowner that the pool is going to be built in such a way that all those things you don’t see will function as specified for many years to come – no surprises!

This is why good sets of plans are so extensive:  Not only do they cover specifics of shell engineering and other structural issues, but they also cover infrastructure issues and the routing of water, gas, sewer and electrical lines in and among the various planting beds, lawns and hardscape areas.  That way, there won’t be any need to tear up new work when later project phases such as outdoor kitchens, showers, pool houses and other amenities swing into view.

Finally, all safety components of the project – fencing, gates, alarms, pool safety covers – should be part of the plans and contract documents.  You don't want to miss the final inspection because those items were left for you to handle!

So far, so good:  Now that you’ve given each builder a set of documents upon which to base a bid, it’s almost time for the all-important bid-review step in which there are two key points to bear in mind:  You get what you pay for; and if something seems too good to be true, it probably is!

Once the bids are in, a whole new set of considerations come to the foreground – everything from the time of year to the state of the economy.  If your project bids come in the fall, for example, you might get price concessions from builders who want to stay busy in the off season.  Similarly, if you accept bids in the fall for a project that won’t break ground until the following March, there’s a possibility the builder will knock something off the price to help secure a good start to the New Year for his or her company.  Breaks of these sorts usually aren’t large, but they’re something.

But remember:  If you’re after quality, the folks you want to talk with aren’t likely to present the low or discounted bids:  They’re busy enough that they don’t have to, and that’s true no matter whether it’s the off-season or the economy’s soft.  This is another area in which looking at permits can be helpful:  It lets you know who’s always working and who’s doing well enough that he or she is likely to be around later when your system needs tweaks or warranty repairs must be done.

Remember, too, that labor expenses, overhead, insurance, fuel, concrete, steel and everything else that goes into the construction of a pool tends to increase in price regardless of the time of year or the prevailing economic situation.  Bottom line, there’s probably no better time than right now to build a pool, because next year the things you need will cost even more.

Once you’ve narrowed the field down to a viable candidate or two, it’s time to review contracts and, more important, understand what those documents tell you about your contractor.

As you read, remember that contracts are a two-way street.  They indicate what you are to pay a contractor and on what schedule, but they should also clearly define everything you are to receive, outline the contractor's obligations and ensure that everything promised during sales presentations is reflected in writing.  A good contract will also specify a dispute-resolution process.

There’s a lot in the contract that requires you as a homeowner to do more than write checks on specified dates.  It may also, for example, commit you to providing the contractor with soils and geology reports; obtaining a proper survey and marking of property lines, boundaries and easements; getting approvals from the local planning department and/or your homeowners’ association; arranging for trash disposal, dumpsters, electricity and/or toilet facilities; repairing fences, sprinklers, sidewalks and driveways; upgrading electrical and/or gas meters and more – a list that goes on and on in many cases.

When all is said and done, remember that you’re after the backyard of your dreams.  To make it happen, you want to hire a well-respected designer before you start construction and then select among the best contractors you can find and afford.  It’s a big investment.  Why leave anything to chance?