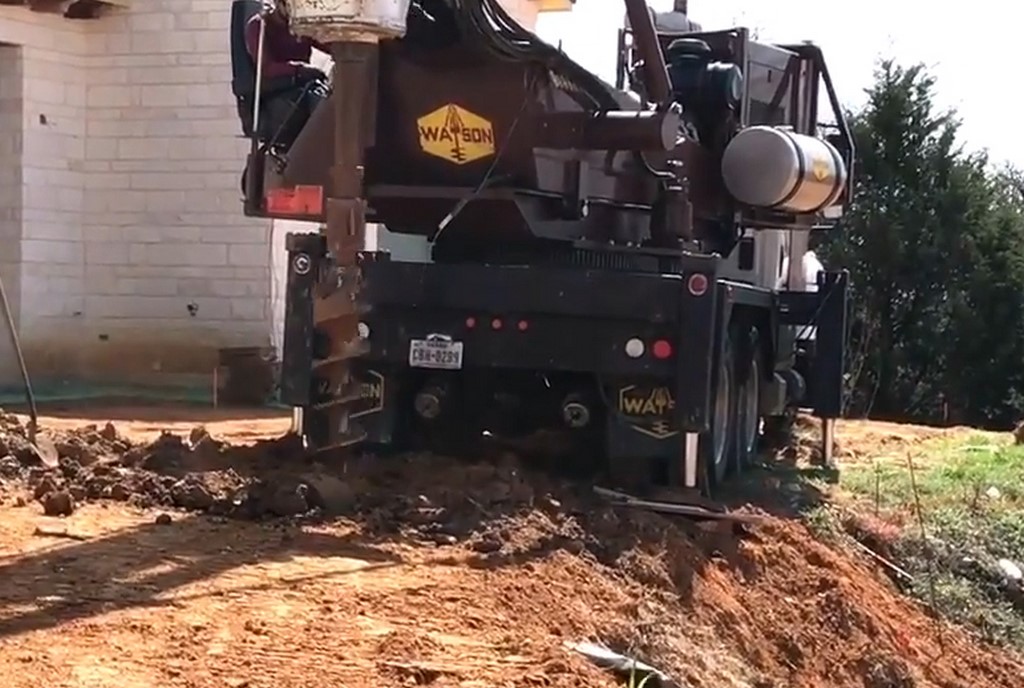 I consider myself fortunate to work in a part of the country where the soil holds few mysteries. There’s a lot of clay, which means we make our shells stronger than you typically do in the sandy soils of Florida, but we don’t generally have the sorts of steep slopes where you have to worry about having a pool slide down a hill the way it can in California.

From time to time, however, we do encounter a situation where a pool structure needs dramatic support. Sometimes, for example, we’ll dig in and find soil that’s just junk – old fill or spoils of a sort nobody could call “engineered” in any way – with mushy material, no compaction and lots of decaying organic material. Where I work, it’s the sort of heap that results when the top of a small hill is flattened, trees and all, to accept a new house, then the surrounding area is built up to create a somewhat level backyard.

This is one of the occasions in which I get to work with piers to isolate a pool from junky soil and bring it up to a level where it aligns with the deck behind the adjacent home – as was the case with the project discussed in the video linked below. To be sure, we could’ve extracted all of that subpar material and started over with properly compacted, properly engineered fill, but here the costs worked out in such a way that bringing in the drilling rig and setting piers was the right call.

I’ve read articles in WaterShapes magazine and on WaterShapes.com where I can’t believe how extensive pier systems and networks of grade beams can become. In some cases, way more money goes into setting up the underpinnings than goes into anything the client will ever see once the project is complete. That’s cool stuff and very challenging – but as I wrote up top, I am happy to work where I do on the flatlands of Texas, only occasionally needing to think about drilling and setting piers to help a pool stay put.

The moral of the story is that, as designers and engineers and builders, we really do need to know what we face with respect to soils. If there’s any doubt, either beforehand or during excavation, qualified soils engineers need to be brought in to ensure that the pool shell and related structures being specified and built will respond to the conditions in which they find themselves.

Operating without a safety net of either trained consultants or veteran local knowledge (which has been gathered, of course, by making local mistakes!) is an open invitation to guesswork, over-engineering and project failure – and the need to go back and get it right the second time around, this time more expensively with you and your unhappy insurance company paying the bills!

To see a simple multi-pier project coming together, click here.