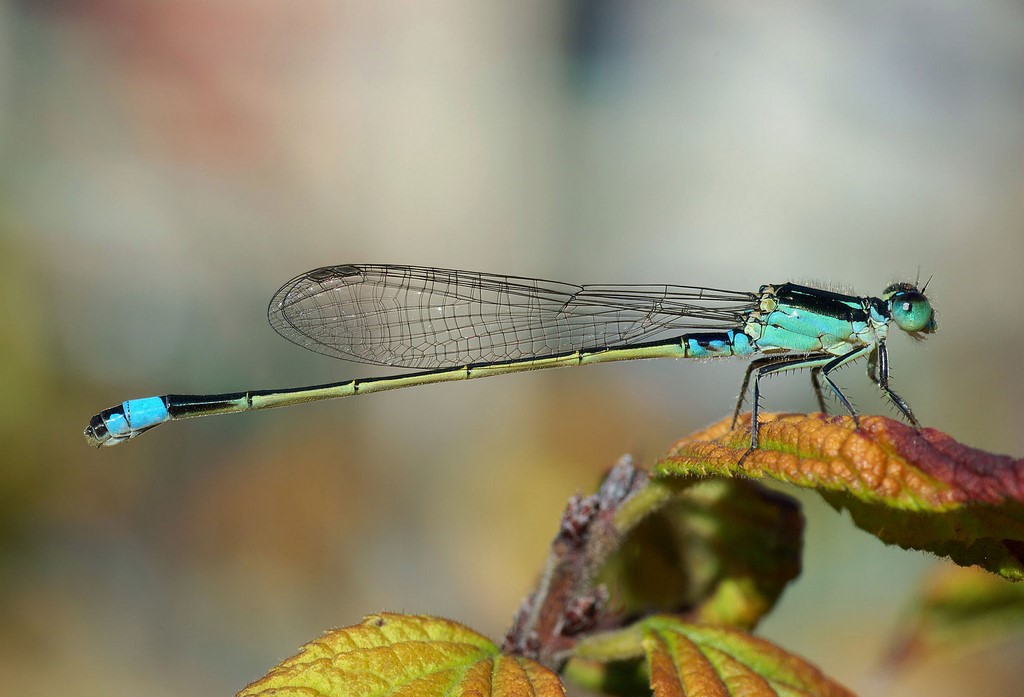 Pond owners tend to focus on the larger forms of wildlife that enjoy being in or near their watergardens.  But as Ed Beaulieu points out here, there are dozens of diminutive creatures that merit attention -- and also do a remarkable job of bolstering and sustaining the ecosystem.

There’s no doubt about it:  Ponds have a magnetic pull on all of us, particularly when there are waterfalls or streams adding layers of sound and motion to their awesome visual appeal.

These bodies of water also attract deer, raccoons, dogs, cats and other creatures to their verges.  Frogs, birds and a host of others arrive, too, on the hunt for a cool drink of water, for a quick bite of sashimi at the expense of a pond’s fish population – or, as we’ll see below, for a safe place to lay eggs.

For humans, appreciating the full extent of this parade of life takes patience, especially when it comes to accounting for the various insects that take to the water and can be found in and around ponds at most times of the year.  Some of these creatures fly, others crawl – and there’s no questioning the fact that they are as drawn to the water just as certainly as are the much larger creatures that tend to attract all the attention.

To help professionals who design, install or maintain these watershapes inform homeowners of the full scope of life they can find in their backyards, let’s survey a few of the smaller creatures to be found in, above and around a pond’s water.

Many of us tend to think of these creeping, crawling, multi-legged and often airborne critters as irritants to avoid or even eradicate.  But the simple fact is that these insects form as vital a part of a pond’s ecosystem as any animal, bird or fish in the vicinity.

Of course, it’s easier to appreciate and contend with life forms that will, with the exception of household pets, usually scatter or otherwise make themselves scarce when a human steps out into the space.  Birds will swoop in and out periodically, but deer and squirrels and other mammals tend to be skittish and will generally vanish until the coast is clear. 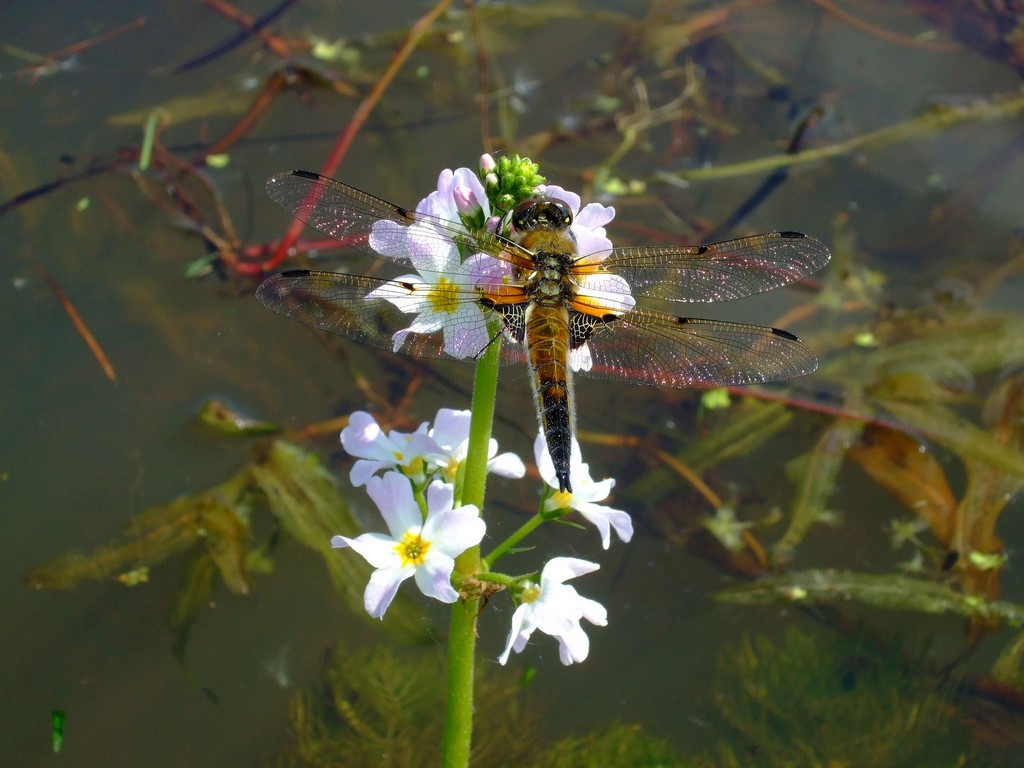 By contrast, a pond’s insect population tends to be a constant and can even become bothersome by buzzing around your head as you’re trying to enjoy the view or feed the fish or perform routine pond maintenance.  That’s annoying, of course, but they’re around for reasons that will only be appreciated if you know how mature aquatic ecosystems work.

Let’s begin with the fact that lots of these creatures actually start their lives in a pond’s water.  Indeed, many flying insects – including dragonflies – spend their larval stage below the surface.  They are vulnerable in that early stage and bring a bit of variety to the diets of fish, but once they take flight, they are prodigious consumers of mosquitoes, which is a kindness, and also attract other predators to the water, including many beautiful bird species as well as amphibians and other insects. 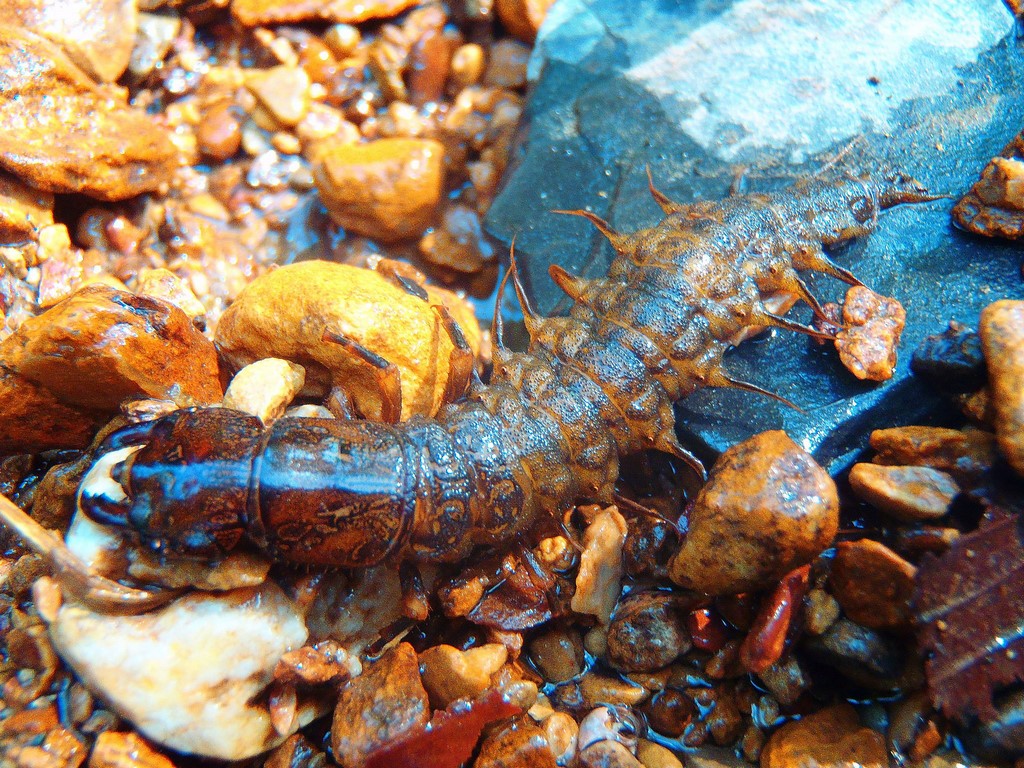 The first step to appreciating these creatures, in other words, involves placing them within the local food chain and recognizing the interdependence of all of these species in maintaining a successful, sustainable backyard ecosystem.

Adult female dragonflies are among those that lay their eggs in pond water.  From 12 to 30 days later, those eggs will hatch as nymphs and move to the bottom of the pond, where their drab coloration will help them hide from hungry fish and frogs until they emerge as adults and take to the air.

There’s often another insect here that looks a lot like a dragonfly – that is, a damselfly (seen at the top of this article).  The only way to tell the two apart is by looking at their wings:  A dragonfly will hold its wings out to the side when resting, while the damselfly folds them together above its body.  For the sharp-eyed and even more curious, the tail of the damselfly nymph is longer and more slender than that of the dragonfly nymph, and it has gills that allow it to breathe oxygen during its time underwater.

The list of aquatic insects goes on and on, continuing with the dobsonfly, a large, dark, flying insect that is mostly nocturnal.  As adults, they are predators with large appetites for small, aquatic invertebrates.  Their larvae are large, up to three inches in length, and they have strong jaws and legs to go along with eight pairs of gill filaments that look like small legs attached to their abdomens.  They’ll find their way into fast-moving streams and, helpfully, make great bait for folks who like to fish.

Another common pond inhabitant is the caddisfly.  The adults have a moth-like look, with hairy wings and long, slender antennae.  Caddisfly larvae can be found in moving water, along the bottom of ponds or streams.  Most live in tubes or cases they construct from sand, pebbles or pieces of leaves and wood.  They eat algae, decaying plant matter and various microorganisms – again, useful to have and keep around! 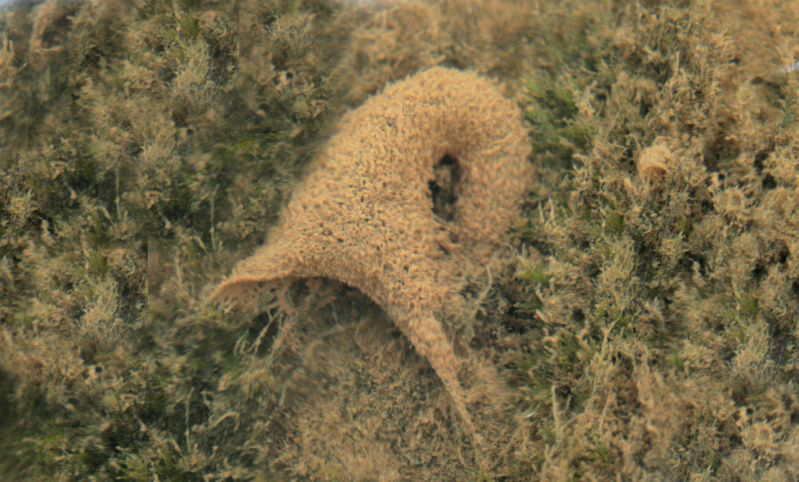 Another handy critter is the stonefly, which hides under stones and amid debris in clear, cool, running water.  Indeed, their presence is an indication of good water quality.  They are multicolored with black, brown, tan and yellow hues, and their lovely little larvae feed on dead plant material and single-celled organisms.  As they grow, they become wider-ranging predators as well as an important source of fish food.

Then there’s the cranefly (also known as a mosquito hawk), which looks like a giant mosquito but is actually harmless.  That interspecies resemblance starts early, because the larvae also have the same appearance as mosquitoes at a similar stage, but they are larger and are often a brownish gray or even transparent.  The larvae feed on debris such as decaying leaves that accumulate on the bottoms of ponds or streams. 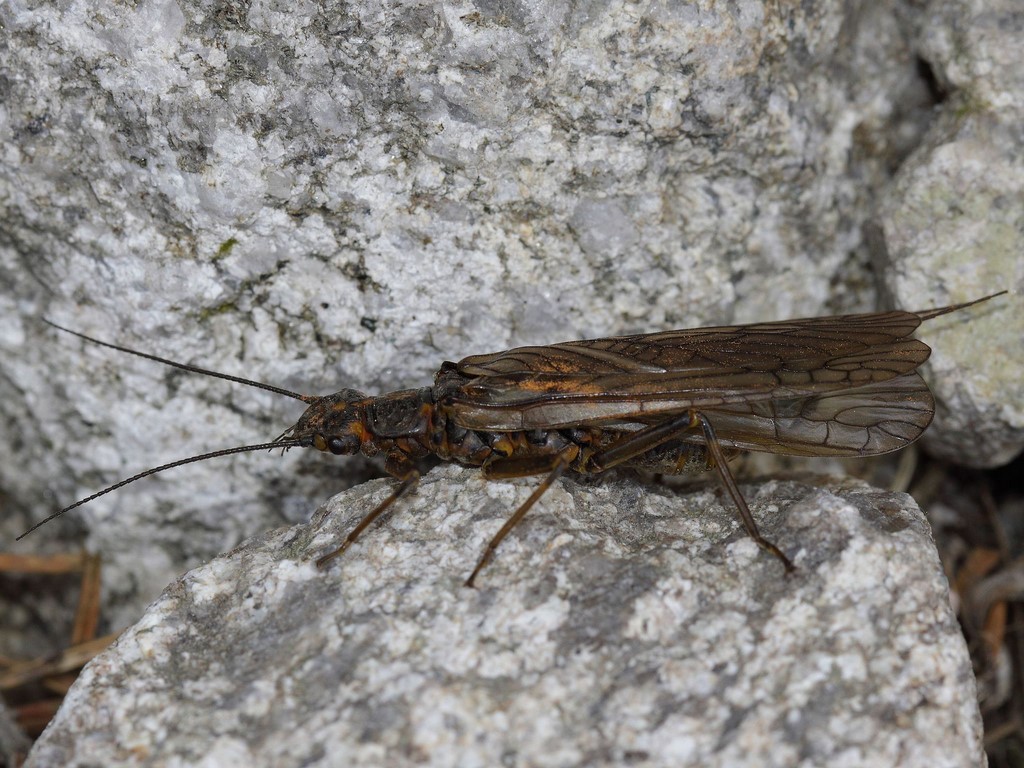 Beyond the flying insects, a pond also attracts a wide variety of aquatic insects, including giant water bugs, water boatmen and backswimmers.

Giant water bugs are brown and grow up to three inches in length. They dive to collect food or to seek protection.  In doing so, they must first capture a bubble of air that they use like scuba gear:  Once the air supply is gone, they must return to the surface for more.  While in the water, they feed on tadpoles, other insects’ larvae, small frogs and even small fish.

Water boatmen are the most common of aquatic insects and can be identified by the oar-like hind legs they use to propel themselves through the water.  They feed on small organisms, algae, plankton and various components of pond debris and, like giant water bugs, travel with an air supply in the form of a film of air that encapsulates their bodies.  They can fly, but most often they are spotted on or in the water. 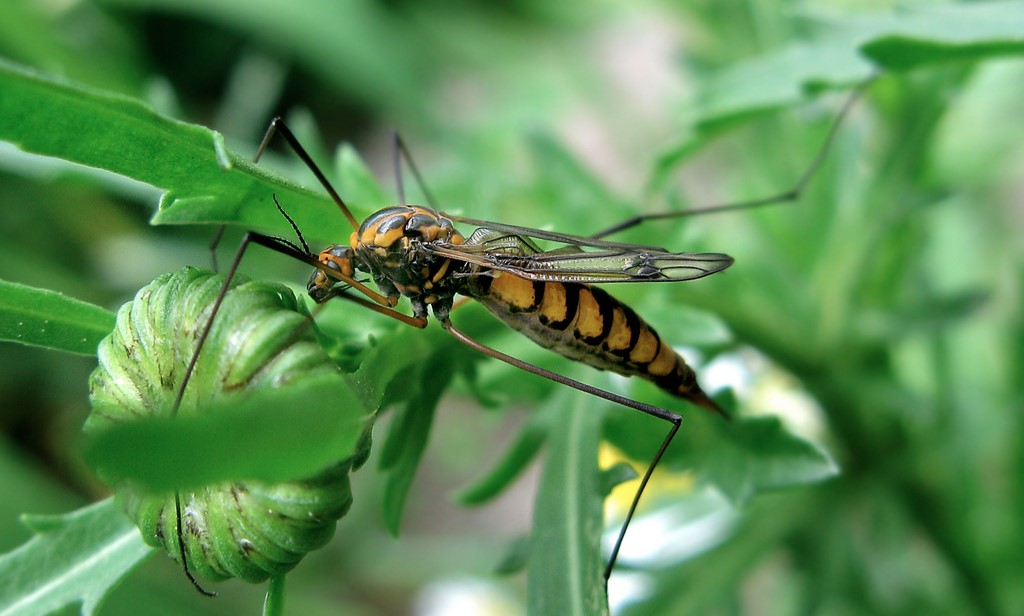 The backswimmers are well named:  They look like water boatmen, but they swim on their backs as they prey on various aquatic insects.  They’ll bite humans, too – not a useful quality, but sometimes you have to take the good with the bad.

So when all of this is added up – with many more bugs not mentioned here – it’s apparent that there’s a beautiful, naturally balanced, aquatic “circle of life” encompassed within mature backyard ponds.  And the good thing about most of these insects is that, unlike their larger creatures that share the water, they’ll hang around in plain view, ready for people to observe and appreciate.

Aquatic ecosystems are more complex than they seem at first glance, and helping pond owners gain an appreciation for all of the layers of life to be observed and appreciated at the water’s edge can only add to their satisfaction and enjoyment:  As with so many of the good things it life, it pays to pause and take a closer look!