A Pond in Distress 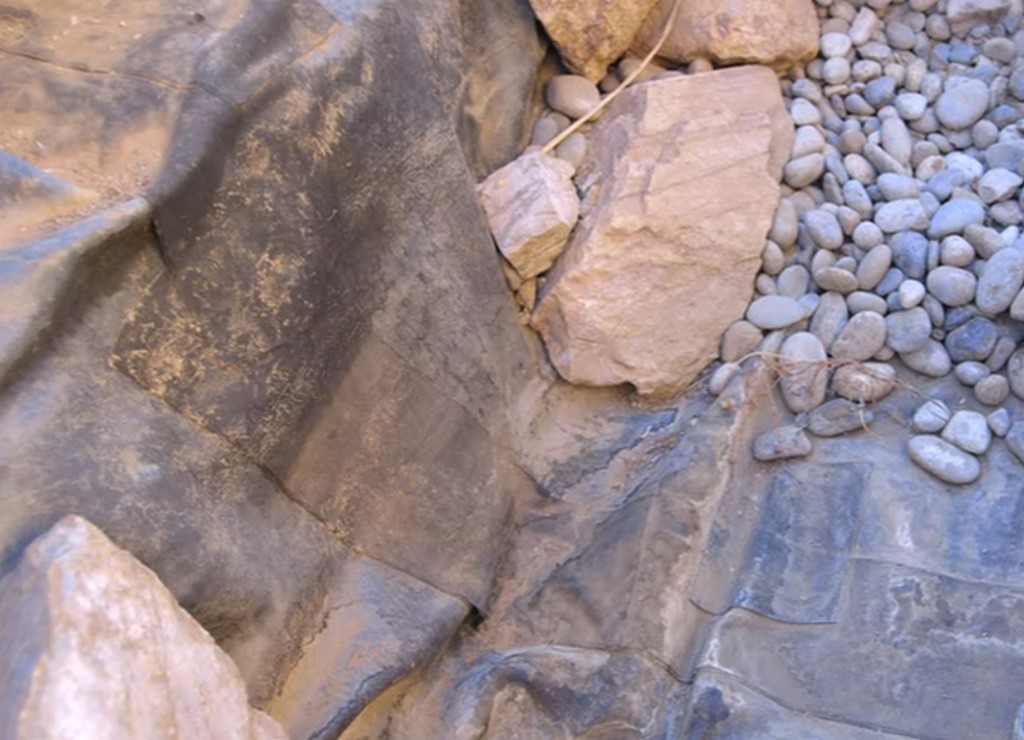 Whenever we approach a pond design/installation project, we are mindful of the fact that a big part of our mission is to make the result as trouble-free as possible for our clients.  It is never our intention to mess with their good moods, nor is it our practice, if things need adjusting later on, to avoid digging in as deep as may be necessary and finding a once-and-for-all solution to whatever the problem might be.

The project on display in this set of four brief videos is living proof that not all pond contractors approach things the same way we do:  It was a royal wreck when I saw it, with more than a few installation errors and leaks significant enough that nearby structures had either already suffered damage or were likely to do so if the now-empty pond were ever to be refilled in its existing condition.

It’s a case study in what we at Pond Digger Waterscape Design & Construction (Yucaipa, Calif.) call “ponds gone wrong,” and I use it with my own staff as an object lesson in how not to handle things, either on the drawing board or on site.

I was called in to evaluate the situation by homeowners who were truly distraught about what had been happening in their backyard.  The pond had been installed by a professional, they told me, and in their eyes it was so beautiful, so perfect, that they fell in love with it immediately.

It was this fixed perception of its value, I think, that led them to keep trying stopgap solutions and even to look for possible sources of their problems that were not directly related to the failure of their beloved watershape.  And the issues began arising right away:  Within days, they noticed that they were losing a substantial amount of water and that the autofill, working overtime, wasn’t keeping up.

They’d communicated with the contractor, they told me, and asked him to address a variety of issues.  As you’ll see in the videos linked below, there were obvious flaws with the liner and the way the waterfalls were set up.

Beyond that, there was an undersized circulation system relative to the volume of the pond along with the questionable layout of the skimmer relative to a downstream waterfall – neither implicated in the leaking, of course, but factors that called the overall quality of the design and installation into question.

The homeowners were so desperate for their pond to be whole and flawless that, as mentioned above, they started looking for problems beyond the pond.  They even called in a soils engineer to see if there was something else going on with their property that might be to blame.

They learned a lot in the process, but the upshot was that the engineer confirmed that the problem was a leaking pond – and that the consequences were already widespread, with decks heaving and even the driveway all the way on the other side of the house suffering significant damage.

There are lots of lessons to be learned through these four videos, but for me they mostly boil down to one huge question:  Why put your business at risk – truly at risk – by doing questionable work to start with and then following up by addressing the resulting problems with half-baked non-solutions?

After sharing this with my staff, believe me:  They strive not to make anything like the array of mistakes this pond contractor did with basic installation, especially when it comes to liners.  Also, they know if anything should go wrong – happily, a rare occurrence for us – that we will dig in and do whatever it takes, without hesitation, to make things right, even if it ultimately means starting over again.

The last thing I want to face as a business owner is a complaint that goes beyond the footprint of my work.  The mere thought of needing to rip out and replace decks, driveways and maybe even building foundations is enough to keep me motivated to do the right thing, right from the start.

To review this disaster of a project, click here and follow through the four videos.  It’s a great training tool – well worth a small investment of viewing time.

Eric Triplett is founder and chief executive officer at Pond Digger Waterscape Design & Construction in Yucaipa, Calif.  He may be reached at [email protected] ponddigger.com.